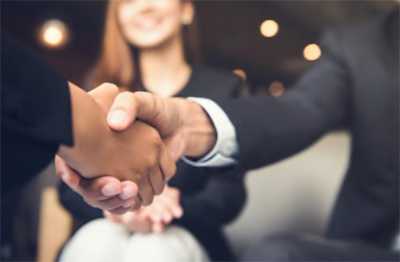 With the recent flurry of M&A activity around mobile gaming companies, we thought it might be interesting to take a look at our list of notable mobile games-related transactions from 2015 through June 2017.

Why pick 2015 as a starting date?  While the decision was somewhat arbitrary, there are two reasons we chose that year.

First, Activision’s acquisition of King in late 2015 might be considered the “end of the beginning” of M&A activity in the mobile games space. That initial wave was characterized by strategic investments from large gaming incumbents looking to ensure that they didn’t get left behind in the burgeoning world of mobile. EA’s acquisition of PopCap in 2011, for example, might be considered stereotypical of merger activity during that initial phase. More recent mergers have been led by newer players in the space, often mobile-first, and typically with an eye to maximizing value in a global market. Tencent, NetEase, and Netmarble are prime examples of leading players in this new wave.

Second, and more directly related to our business, is that 2015 is the year in which Joyme Capital was founded.

Our list, below, is focused on changes of control of mobile game companies. More formally, we’re looking at transactions involving the purchase of controlling stakes or outright acquisitions of companies whose main business is developing or publishing games intended for mobile devices. So, what’s not included here are transactions like early-stage “venture” investments, investments in companies not primarily focused on mobile games (such as analytics tech, or AAA game developers), IPOs, and other investments that didn’t involve a transfer of control. We’re also not looking at the mobile casino space here, largely because the M&A activity among casino-type games tends to be driven by dynamics independent of the broader gaming industry (we do include a few examples for comparison, e.g., Playtika and Ruby Seven).

The chart below shows the full count of acquirer countries for the 27 transactions we’ve tracked here. 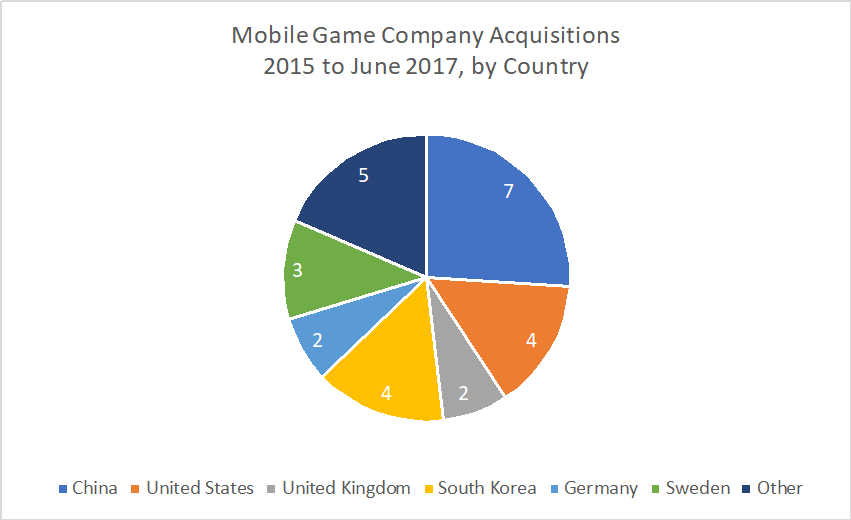 When viewed this way, what stands out to us about our list is the degree to which mobile game M&A is being driven by companies in Asia, particularly China. Including the acquisitions by Supercell (now owned by China’s Tencent), 7 of the 27 transactions noted here were by Chinese companies. These were transactions primarily made by already large players in the mobile gaming space looking to further solidify their positions. The notable exception is Shandong Hongda’s acquisition of Jagex, which is an example of an “old economy” company looking to parlay a solid financial position into an even better one through the exceptional valuations available to media and gaming companies in Chinese capital markets (see this article and the linked video for a good overview of this topic).

Acquisitions led by companies in the United States, in contrast, seem to show a different set of dynamics than those led by Chinese companies. On our list, the most notable transactions by US-based firms were Activision’s purchase of King (as noted, last of the “first wave” of mobile acquisitions), and (via its FoxNext subsidiary) Fox’s purchase of Aftershock (the remnants of Kabam). In both cases, these were “old media” incumbents looking to move into the mobile games space, rather than dominant mobile players consolidating their positions.

What’s next in mobile gaming M&A? We believe that a few recent deals might signal the emergence of new trends. Among these will be the blending of new XR technology into the mobile gaming world (see: Google’s acquisition of Owlchemy), and the growing importance of esports as a critical component of the gaming ecosystem (c.f. Giant’s partnership with Super Evil Megacorp). With the continued emergence of the Chinese game market (now the world’s largest, by total revenue), we also expect M&A activity to continue to center around strategic opportunities for mobile games there.