It’s been a big couple of weeks for games investments. From Google’s acquisition of Owlchemy Labs to Softbank’s investment in game technology company Improbable, plus a host of other investments and publishing deals, game companies are starting to feel even hotter as investment targets. 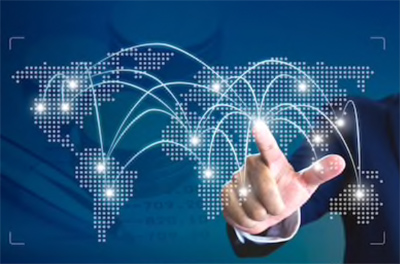 It’s no secret that much of this investment is being led by companies from Asia, and China in particular. We had a chance to catch up with our founder, CY, and get his thoughts on the reasons behind this rush of Eastern capital into the Western game industry.

“Even though it’s already the world’s largest game market, there’s still incredible growth potential in China,” says CY. “For example, looking at percent-paying-users and ARPU, Chinese gamers monetize at roughly half the level of players in the West and Japan.”

“Looking at it another way, based on Steam data, Chinese gamers typically own about 12 games each. In Russia, gamers own about 21 games. In America, it’s almost 40 games owned per player. Chinese game play is centralized in a relatively few titles, and there’s an opportunity for diversification into new games and genres.”

Speaking of genre diversification, CY continued: “China’s domestic R&D is concentrated in a few genres: MMORPG, SLG and TCG. There’s inadequate R&D capability in other genres. Particularly in genres that require more technique and skill, Chinese domestic R&D lags behind what’s available in the West. This is especially true in genres like shooters, sports, strategy and racing which, coincidently, are also the genres most suitable for esports and therefore have the highest upside. Western studios with great R&D capabilities in these areas should see this as an opportunity.”

But, whether or not Western game developers can succeed in China is another matter. As we pointed out in a previous post, for studios looking to tap into the tremendous opportunities of the Chinese market, there are many advantages to being acquired by China-based companies versus publishing agreements. On top of these, CY notes, “In the early stage when studios enter the Chinese market, they will face several localization challenges. Chinese and Western cultural differences lead to game content localization challenges; different user consumption habits lead to monetization challenges; there are marketing and live ops-related localization challenges; and of course there is the government’s game approval system, which leads to government relations challenges unlike those game developers typically experience in the West. Selecting the right Chinese partner who knows the local market deeply well and has the experience of global cooperation is the key to success.”

It’s an exciting time for the games industry, and Joyme Capital is pleased to be part of it.